An electric vehicle (EV) has several environmental and safety benefits than a fuel-based model. For one, the fire risks are lower because it does not carry dangerous fuels such as petrol which can ignite in the event of an accident. However, electric vehicles have a set of risks because of the high voltages they use to operate.

Risks of high voltages in EV

In the event of an accident, the battery connection may come into contact with the metallic body or other exposed parts inside the mangled wreckage. This can lead to electric shocks or fires from the short circuits. Consequently, this presents several safety risks and is not only dangerous to the victims, but also to the rescuers or first responders. To reduce the risks, manufacturers must integrate effective safety measures to cut off, and isolate the battery. 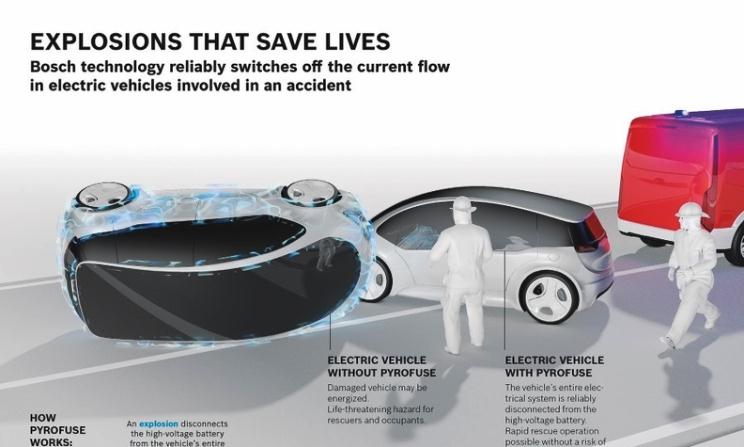 Usually, the batteries can deliver between 400 and 800 volts, and this is a big risk to human life. Also, this voltage can cause a lot of damage including electric shocks, fires, severe burns, or battery explosions in the event of a major short circuit.

In fact, the high voltage components in the EV may cause more damage and loss of life than the impact of the collision or crash. For this reason, the electric vehicle manufacturers have developed, or in the process of developing, protective technologies to cut off the circuits to the high voltage batteries which would continue to supply power even when there is an accident.

How to disconnect EV battery in accidents

For now, the major players such as Tesla – an EV manufacturer, Bosch -a semiconductor company, and others have developed various crash battery disconnect technologies to cut off power in the event of an accident. The two companies are relying on pyrotechnic technologies to cause small controlled explosions that damage the connections to the battery, hence ensuring that it is completely isolated in the event of a collision.

Ideally, this disconnection should happen within a very short time – a fraction of a millisecond.

For example, Tesla uses a pyro based battery-safety device inside the EV batteries. When the system detects a collision or crash, it activates and causes a small explosion that destroys the electrical connection to the battery system and the motor. This cuts off the power and ensures that the vehicle is safe to both to the people inside as well as rescuers.

Bosch, a semiconductor company, has integrated the additional feature into the microchip that usually activates the airbag so that it can as well deactivate the power circuits at the same time. 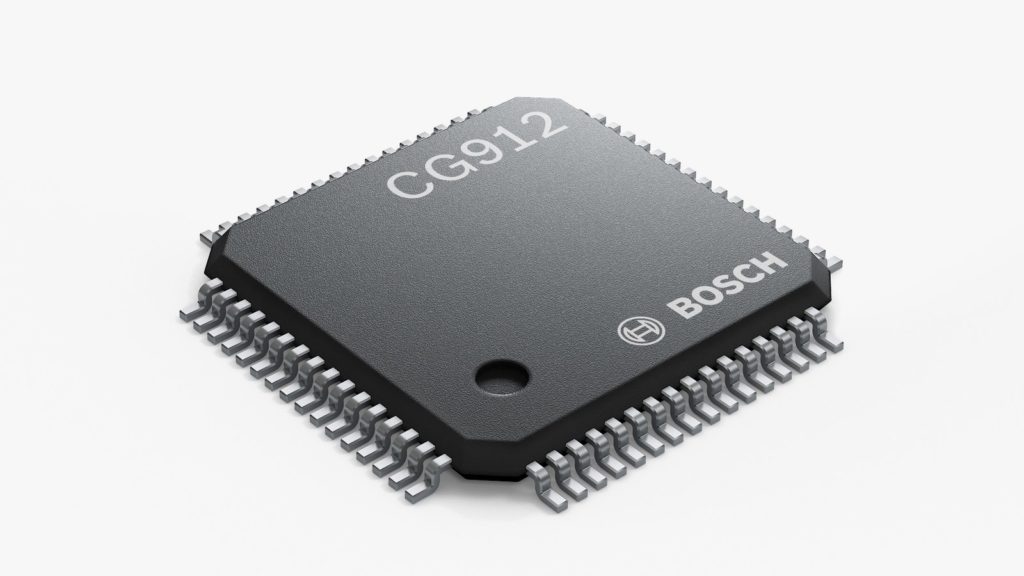 Upon detecting an impact resulting from a collision, the Bosch CG912 chip triggers a pyrotechnic system that releases controlled mini explosive charges that blow out the sections of high voltage power cables between the battery and the vehicle electrical and electronic systems. This severs or completely damages the cables within a very short time, hence automatically disconnecting and isolating the battery.