IoT in HVAC equipment offers numerous benefits to the building owners, occupants and facility managers. Adding the Internet of Things (IoT) increases the efficiency of the entire system by allowing users to automatically monitor and control a wide range of variables.

Although users have been using devices such as the Nest thermostat to manage the heating and cooling, IoT has a much bigger potential.

The thermostats have a way of learning the temperature the occupant prefers at different times, and even adjust the system to suit the desired levels. The IoT, on the other hand, increases the range of variables to monitor as well as the control which can now be done over the internet.

According to a leading HVAC repair company, at the moment, demand for the IoT and smart technologies in the HVAC industry is increasing due to their potential to increase energy efficiency, reduce costs and improve comfort.

How IoT works in HVAC systems

Adding IoT involves the use of different wireless sensors, smart vents with the ability to control each room independently, and other technologies that add intelligence to the HVAC system and its components. Different kinds of sensors are integrated into the HVAC system to monitor a wide range of variables and provide real-time status of almost all the components.

The HVAC IoT sensor data is fed to the control system which then sends commands to automatically turn the system ON or OFF, or perform other functions. The other control functions include changing the temperature, speed of airflow, closing or opening vents, or adjusting other conditions to suit a user’s preference.

Monitoring the HVAC components and the environment provides data that can be used for planning purposes as well as determining how people are using the services in the building. This includes variables such as temperature, water usage, lighting, occupancy levels, etc. And the data can be displayed and accessed using computers, tablets, smartphones or centralized control panels.

Most importantly, the sensor data enables the relevant HVAC components to automatically adjust themselves based on the time of the day, temperature, occupancy, weather or any other variable as per the program. 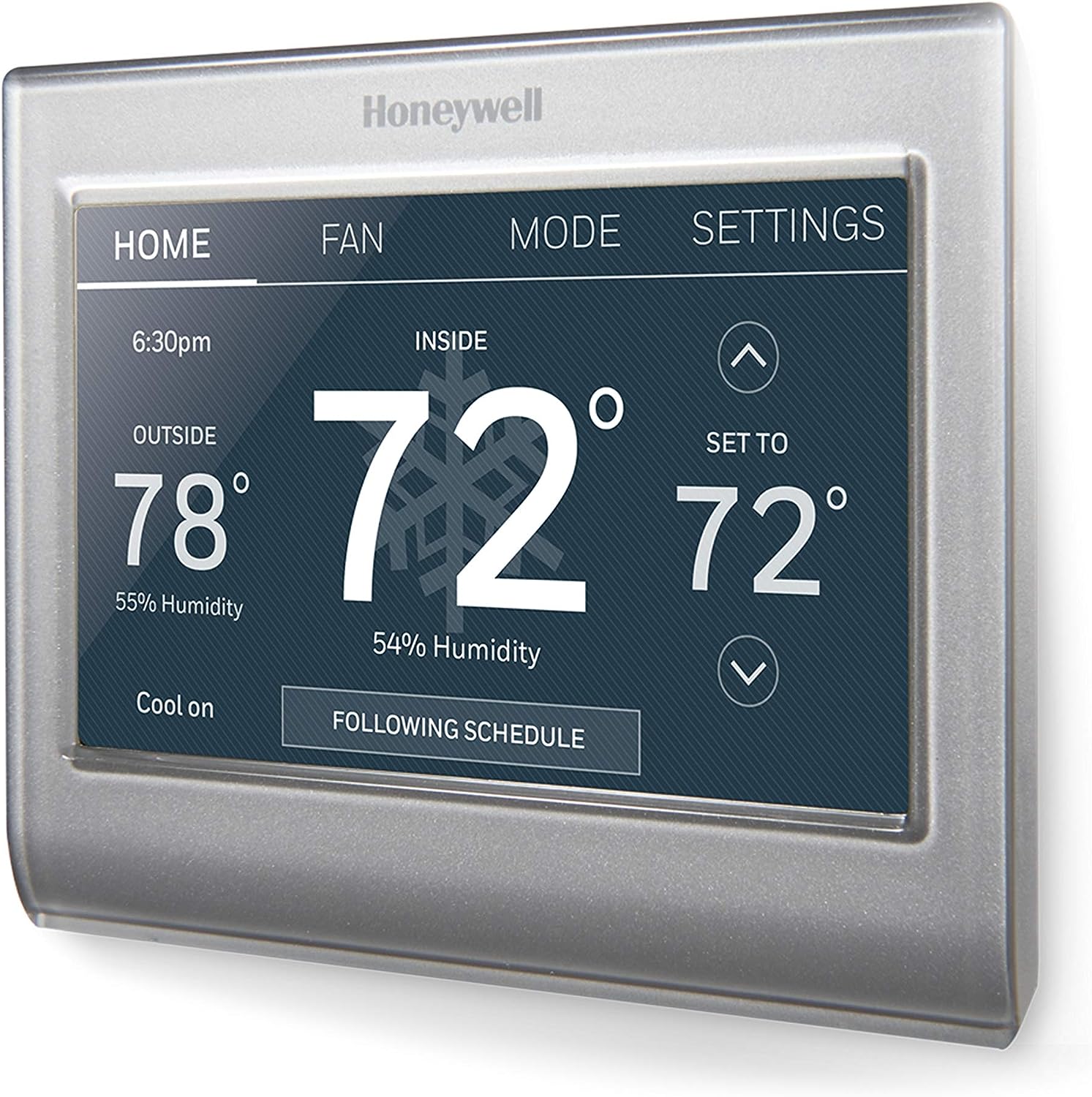 In addition, the sensors provide a means of continuous monitoring of the system status as well as real-time diagnostics for routine maintenance and repairs. Once the sensors detect a potential problem, they can then send an alert to the technicians or maintenance personnel, hence ensuring immediate mitigation and prevention of major breakdowns.

Most of the modern smart HVAC come with their own sensors. But the older systems require adding and configuring the sensors to create the preferred management or control.

The consumption of the heating, ventilation, and air conditioning (HVAC) equipment forms a big portion of a home or business’s overall energy consumption. This is especially so for the older systems which are not only inefficient but rely mostly on manual controls.

Modern technologies such as thermostats and automatic controls have greatly increased the way the equipment operates and adjusts itself. However, using smart and internet of things technologies can make the HVAC systems more intelligent. 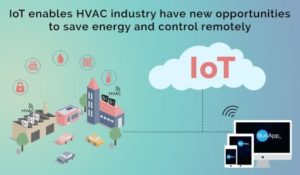 Adding intelligence to the heating and cooling of the spaces helps in addressing issues that the traditional HVAC equipment cannot. The monitoring and automation ensure that the components such as heaters and compressors only run when there is a need.

The IoT has the potential to improve several aspects of the HVAC equipment and systems. In addition to increasing the control, efficiency, and comfort, IoT improves the HVAC contractor’s processes such as monitoring, planning and carrying routine maintenance and repairs.

Smart thermostats include a variety of sensors that can read the occupancy, humidity, temperature and other variables, hence determine the state of the room or space and make the necessary adjustments.

Today’s technology makes it possible to monitor almost all aspects of HVAC equipment including the ductwork, room occupancy, and temperature as well as conditions external to the building. For example, placing the appropriate sensors in the ducts, it is possible to measure parameters such as temperature, static pressure, and airflow.

Generally, the HVAC systems provide a one-temperature-fits-all approach to address the heating as well as cooling needs. The air, from a central heating and cooling device, is piped throughout the area the HVAC is serving.

In traditional HVAC systems, controlling the temperature in each room requires manual opening or closing of the vents in each of the rooms. This is cumbersome and has the probability of wasting energy. However, automating the system to make smart HVAC vents can make it more efficient and comfortable.

The smart solutions enable the vents to open dynamically depending on the status of the existing and preferred conditions of the room. For example, adding the temperature, motion, and proximity sensors on the vents allows them to monitor the conditions and determine which rooms are in use.
In case there is a need to change the temperature, the motorized vent automatically opens or closes, hence redirecting the air according to the user’s preferences or assets in the program.

IoT is already helping with equipment maintenance in a variety of industries and applications. Using sensors, engineers can monitor the conditions of the various electrical and mechanical components of the systems. Analyzing the data allows them to know when a piece of equipment is about to fail or whether there is a need for repair or maintenance.

When in operation, the mechanical systems produce specific sounds. Engineers may use ultrasonic and vibration sensors to determine the state of the mechanical components in the HVAC system. By comparing the data from the sensors with that from similar machines that are working properly, engineers are able to see if there are discrepancies which may be signs of maintenance issues or faults.

IoT enables the engineers or facility managers to monitor and access the status of the HVAC systems in real-time. Since this is available on the smartphones and other internet-enabled technologies, the engineers can get status reports anytime. This allows them to make better and accurate maintenance decisions.

Benefits of adding IoT and smart technology to HVAC equipment

HVAC with IoT means better energy efficiency, management, maintenance, connectedness, serviceability and reduced downtime for the whole system and its components. The benefits of IoT in HVAC systems include;

Challenges of IoT in HVAC systems

Security flaws are still a major concern for most users and professionals. Some consumers fear that hackers can access some IoT sensors through the internet, and comprise the operation of devices as well their privacy and security.

Other challenges include the incompatibility between various components and some HVAC professionals who fear that the proactive approach is likely to reduce the need for emergency repairs hence decrease their revenues.